Get Writing.
Get Published!

and learn how you can avoid the mistakes others make when conceiving, planning, writing and publishing your next book.

Sign up today to get immediate access to this brief and Powerful master class on the greatest endeavor of your life…your book! From legendary super-agent, author and publisher, Bill Gladstone.

Discover the Power of Publishing with Bill Gladstone

and learn how you can avoid the mistakes others make when conceiving, planning, writing and publishing your next book.

A 30-Minute master class on the greatest endeavor of your life…your book! From legendary super-agent, author and publisher, Bill Gladstone.

This Class is Available Now!

1. Choose the Best Time
Make sure you start when you have 30 minutes available with no distractions. Grab a notepad and get ready to learn insider information about getting published.

2. Register On This Page

Fill in your name and email address on this page to register. You’ll drop directly onto the Master Class delivery page, where the class will begin. You’ll also receive an email with with a link to the Master Class, in case you need to return in the future.

The Master Class will begin when you reach the page.  Or you can use the link inside the confirmation email we sent you to join the master class. Everything happens online.

Get ready for the most rewarding experience of your life…your own book.

Author, storyteller, influencer, teacher, guide…you are the creator of your next chapter in life. Let Bill Gladstone show you how to make it a bestseller! 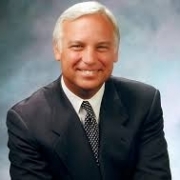 In this 45-Minute Master Class, you will…

Focus on the Priorities…

You can’t do everything, so you need to focus on the highest priorities for your success and the success of your book.

Discover the Single Most Important Thing…

You’ll learn the ONE THING that will make or break the success of your book — and your experience writing it. It’s simple and oh, so important!

Find Out Who You Should Work With…

How do you know who should be on your team — writing, editing, marketing and promotion? Bill will give you the best advice you’ll hear on team building for authors.

Learn the Most Important things

Most authors make costly mistakes when deciding how to publish (self-publishing, hybrid or traditional publishing); what to title their book; how to get an agent; and how to market their book. Bill Gladstone will explain the four key things NOT to do and how to avoid these mistakes and give your project its greatest chance for success! 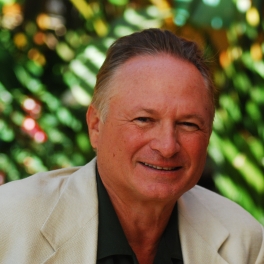 Mr. Gladstone is also the author of the best-selling novels The Twelve and The Power of Twelve, co-author with Jack Canfield of The Golden Motorcycle Gang as well as producer of the film Tapping the Source and co-author of the book Tapping The Source (released in paperback as The Complete Master Key System by Tarcher/Random House).

“Bill Gladstone is a successful, seasoned veteran of the industry, and knows every part of the publishing process.  If you are looking for a master teacher in publishing, look no further than Bill Gladstone and Waterside! ”

Get Ready to Write & Publish Your Book

and make the world a little bit better…

This Class is Available Now!
Scroll to top